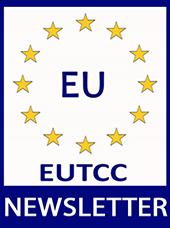 Council of Europe anti-torture Committee CPT published 2 reports on Turkey, including Imrali prison where Kurdish political leader Abdullah Öcalan has been imprisoned since 1999. The CPT notes that the situation regarding the prisoners’ regime in Imrali had not improved at all since the CPT’s 2016 visit. All prisoners were being held in solitary confinement for most of the time. No visits by lawyers had been granted since July 2011 and that hardly any visits by family members had taken place since October 2014. In the Committee’s view, such a state of affairs is not acceptable and clearly contravenes various relevant international human rights instruments and standards.

The EUTCC agrees with CPT’s findings and will refer to these reports in order to refocus attention to some aspects that are not only relevant for human rights in general, but also in the context of a political solution to the Kurdish question and democratization of Turkey in particular.

On the occasion of the infomal meeting of EU Foreign Ministers in Berlin at the end of August, where relations with Turkey are on the agenda, we sent a letter to HR/VP Josep Borrell to draw the attention to the need for effective measures to counter the damaging policy of Turkey.

#Turkey Today (06.08.2022)
📌 A decision of release has been given for former HDP MP Aysel Tuğluk, who suffers from dementia, in the Kobané Case. However Tuğluk will remain in prison due to a sentence in another case. (1/5)

#Turkey Today (05.08.2022)
📌 Erkan Atmaca (25), who was detained in Batman Type M Closed Prison, allegedly attempted suicide on July 29. The prison administration called Atmaca's family on July 31 and informed them that he had committed suicide. His family shared the (1/5)

#Turkey Today (04.08.2022)
📌 Imprisoned Kurdish journalists are not allowed to use fridge in cells amid scorching heat in Diyarbakır.
📌 Turkey attacked the city centre of Tel Rifat in northern Syria with a drone. According to reports from the region, at least nine people (1/4)